“With production values quite as good as any Oscar-nominated movie,

the cinematography, sound, lighting, and editing are all reasons to see this compelling film”

– Don Church and Tony Schillaci, Critics On The Aisle, The Resident Magazine, CT

Our Common Roots Film and The Herbal Field Guide

Reconnecting with the intelligence of the plant kingdom, and our global healing traditions might just be the most rewarding investment we can make – not only for ourselves, but also for our planet, and all future generations.

The film is a cinematic blend of nature, music, narration and plant walks covering healing plants and the holistic philosophy behind their use. It also takes a look at traditional healing cultures from around the world. Health and vitality can be achieved through integrating the best of both modern and traditional methods.

Its a documentary style and informative film studying the traditional use of plants as medicine and food; plants that are highly regarded in both legend and modern science. The first in a series, covers medicinal, nutritional and Ayurvedic properties of over 30 medicinal plants of the forest, field and garden.

A Film by Glenn Axford and Marjolaine Forest

Written and Presented by Chad Cornell

The Body, Jing and Vitality: Sexuality and Healing

“Very nicely done, heartfelt and powerful.” – Dr. Wade Davis, Explorer in Residence, National Geographic Society.
“This is one of the few films I have seen that truly gives a sense of the magic of the human gathering of wild plant medicines. It captures the essence of the human relationship with plants, of our need of them, of their grace, and of their healing. I recommend it very highly. ” – Stephen Harrod Buhner, author of The Secret Teachings of Plants and Ensouling Language.

“Our Common Roots brings together the wisdom of the ages into a form that is very palatable for the current era of intelligent seekers. With beautiful cinematography, we are captivated by Chad’s gentle ways of introducing us to the wonders of the Boreal forest. By blending ancient teachings from around the world, first Nation Elder’s insights and Chad’s connection to the Land, we feel we are participating in a deep learning experience. He shows us the wonders of nature, the spirit of the plants and how they heal us. I can highly recommend this film to all, knowing it will introducing them to ideas that will serve them for a long time.” Terry Willard, Cl.H., Ph.D, President of the Alberta Association of Herbal Practitioners, on the Canadian Council of Herbalist Associations and is a professional member of the American Herbalist Guild.

“Truth! This is one of the most profound projects I’ve ever had the blessing of learning about. Well done!” – Dell Hambleton

“Cornell has a way of transmitting knowledge to the lay person and professionals alike that makes this film an integral part in the study or practice of all forms of healing” – Dr. S. Czajko, DTCM, RAc

“This film is beautifully made and shares some of the key concepts found in the ancient science and tradition of Ayurveda” – RANJIT RAI, B.A.M.S., M.D. (A.M.) – Bachelor’s of Ayurvedic Medicine and Surgery, Doctor of Medicine in Alternative Medicine (India). Ayurvedic Practitioner, Lecturer and Therapist.

ALSO AVAILABLE ON GAIA.TV AS A FOUR PART SERIES

Explore the world of the herbalist and the healing power of nature in 4 episodes on GAIA.TV!

A few viewer comments on GAIA:

“Thank you for this informative and beautiful film. Watching it makes me feel so peaceful and connected.”

“This series provides, not a deep look at Western Herbalism, in combination with Ayurveda and Traditional Chinese medicine, but a hint at the interplay between multiple systems. It’s not a guide, so much as an inspiration, to aspiring herbalists; as such, I enjoyed it.”

“Wow.. just amazing. It’s so good to listen to someone who is clearly passionate about what they are doing. Thank you!”

View the Series on Gaia TV 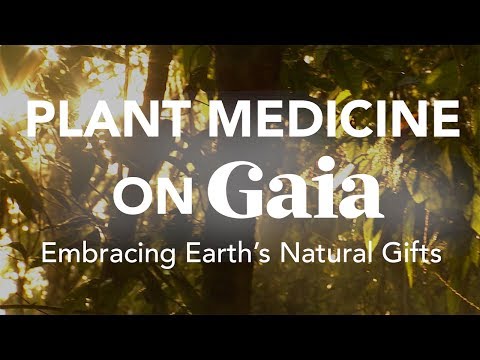 GAIA TV Produced this mini documentary about plant medicine which includes scenes from Our Common Roots.